the dog tooth range juts out from the mist on a foggy summer morning on the Continental Divide Trail. Jagged rock and broken trees — homogenous with thrash metal music. A juxtaposed stillness of the crystal Jade lakes rests at their feet, not unlike a tune from Ella Fitzgerald . It is here that we find three wanderers, exploring the land together for the first time as a gang. Each misfit vastly differentiated by background, aesthetic and experience, find a spiritual commonality in their admiration for moving over mountains on their own two feet. 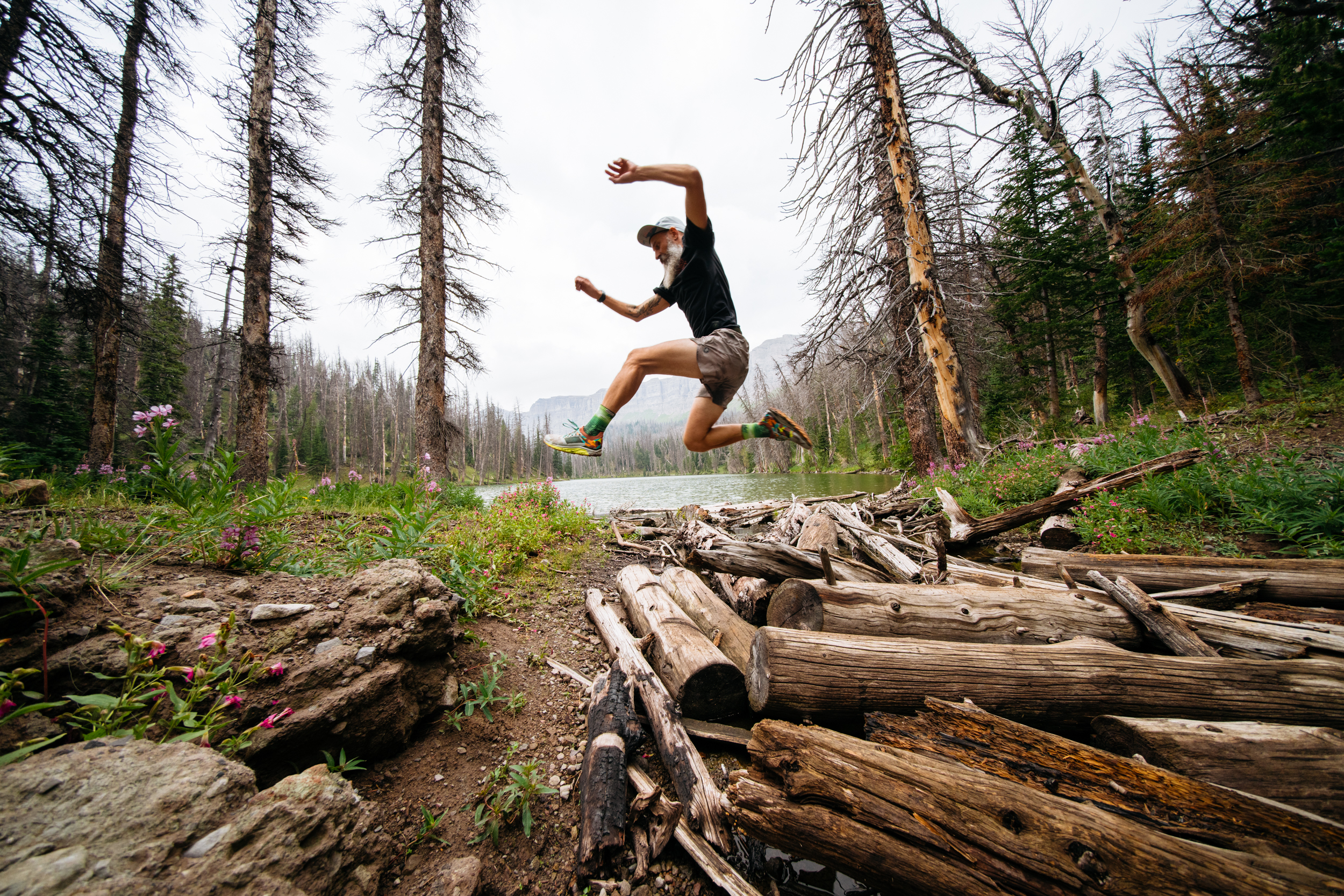 Into the Jeep they go, headed down a dirt road scarcely traveled and prefaced by a warning —

“DO NOT DRIVE WHEN WET!” TJ radioed Chris, “You got 4-wheel?” Burkard replied “Yep! I’m good if you are.” And the crew ignored the heed and ventured on. Minutes into the drive, they’d damn-near pay dearly for their brazen ignorance as the lead Jeep turned 60 degrees sideways and started sliding down a 30 degree pitch towards a ravine littered with granite and timber. Turned out the mud was slicker than snot. Quickly hitting the lockers, and kicking into 4-x-low, they reversed up the pitch. In one’s own good time, the team found their way out of a situation that was surefire to be dire.
When the boys turned in to hunker down, they noticed a pungency in the air of the trappers cabin. At first they thought it to be a gas leak, but it turned out to be dead varmint from under the stove. The group removed the rodent and the smell that complemented it. Settling into their individual cots, after a night of food, tales and brews, the team got some shut eye.
Early to rise, the men stoked their buzz with Arabica, and set out before dawn. The crisp air bit like a Doberman. The clouds wept. The grizzlies roamed. Armed with proper gear and bear spray, the team set out for 2 days on the Continental Divide Trail. Arriving at Brook’s Lake they started their trek. Onward and upward over elevations of 9500 feet, they tracked closer to the Jade lakes at the foot of Dogtooth. The Jade lakes proved to live up to their name by showing off their brilliance in the color of it. Hours on end, they moved forward in a willful wander. Later descending from the evergreens, into pastures as green as emerald, the group stood for a moment to observe the vastness around them. Entangled in a bliss that only this moment could provide, they silently stood to relish the opportunity to just be — here — now.
Throughout their journey, the crew encountered varying temperatures, swinging 30 degrees in either direction. The trail was storied with mud, moose, grizzly tracks and running rapids. At times stories were shared, other moments the silence was deafening. Their bond was forged long before this adventure. But here, in this wilderness, somewhere between freedom and chaos, it was eternally etched in stone. 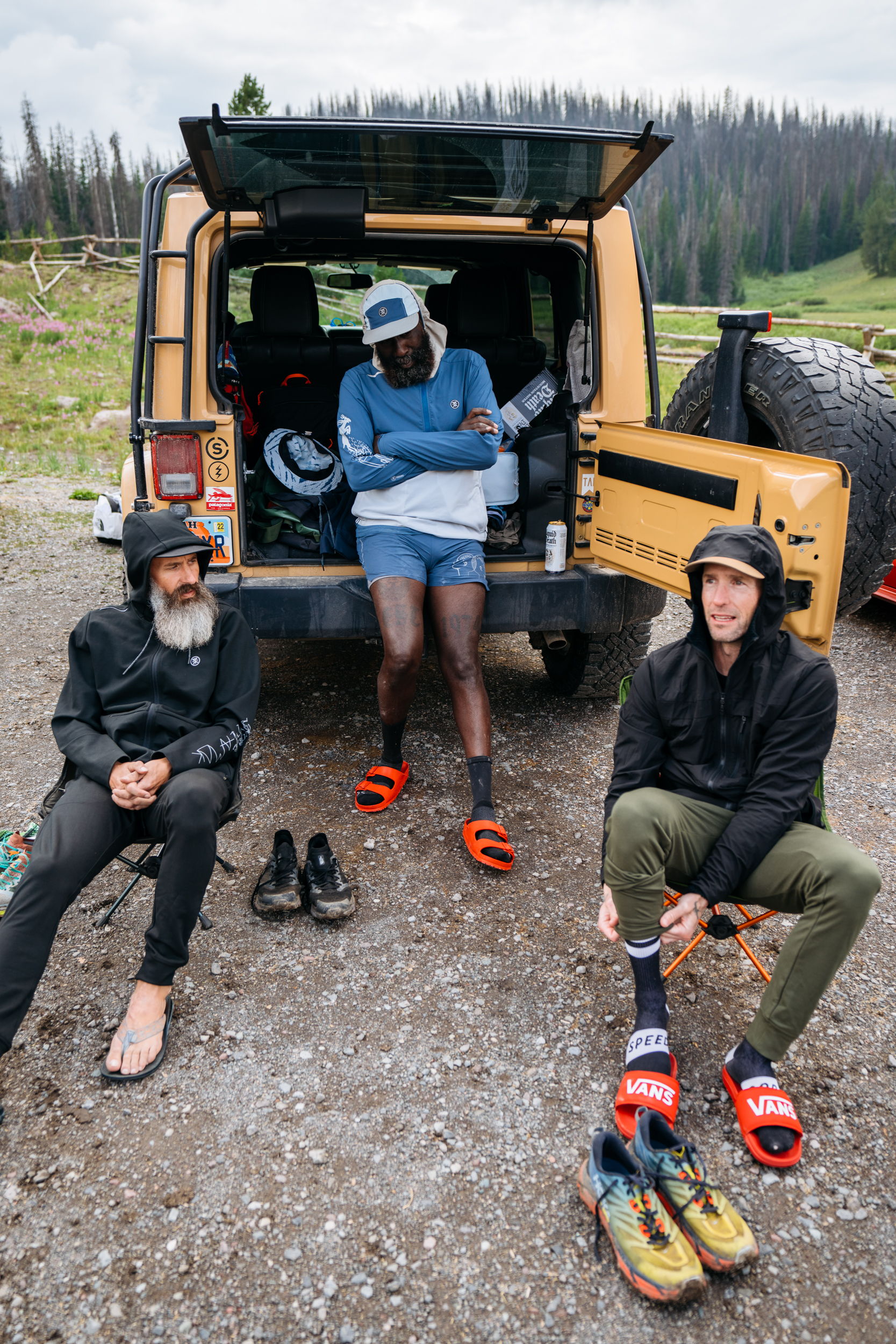 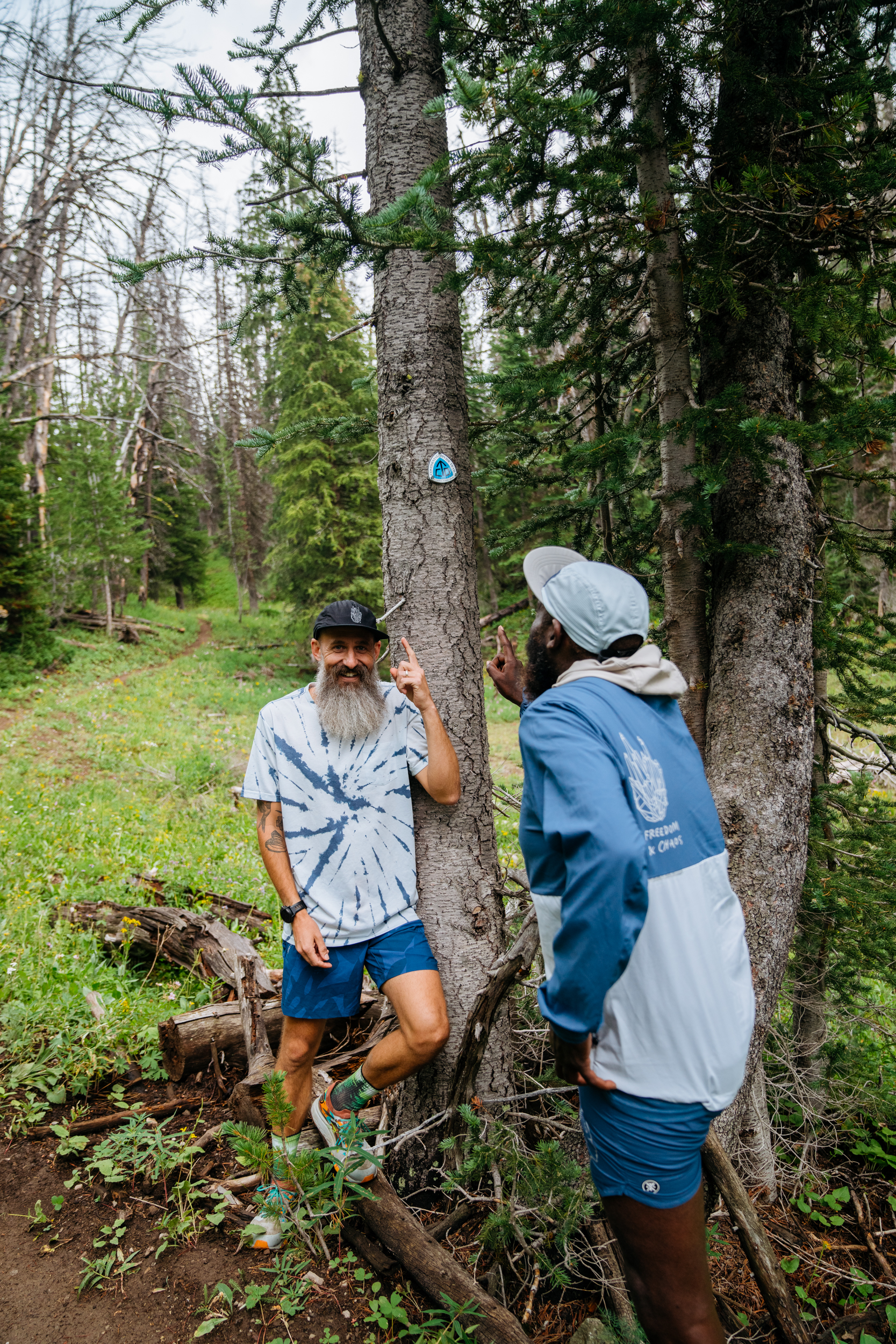 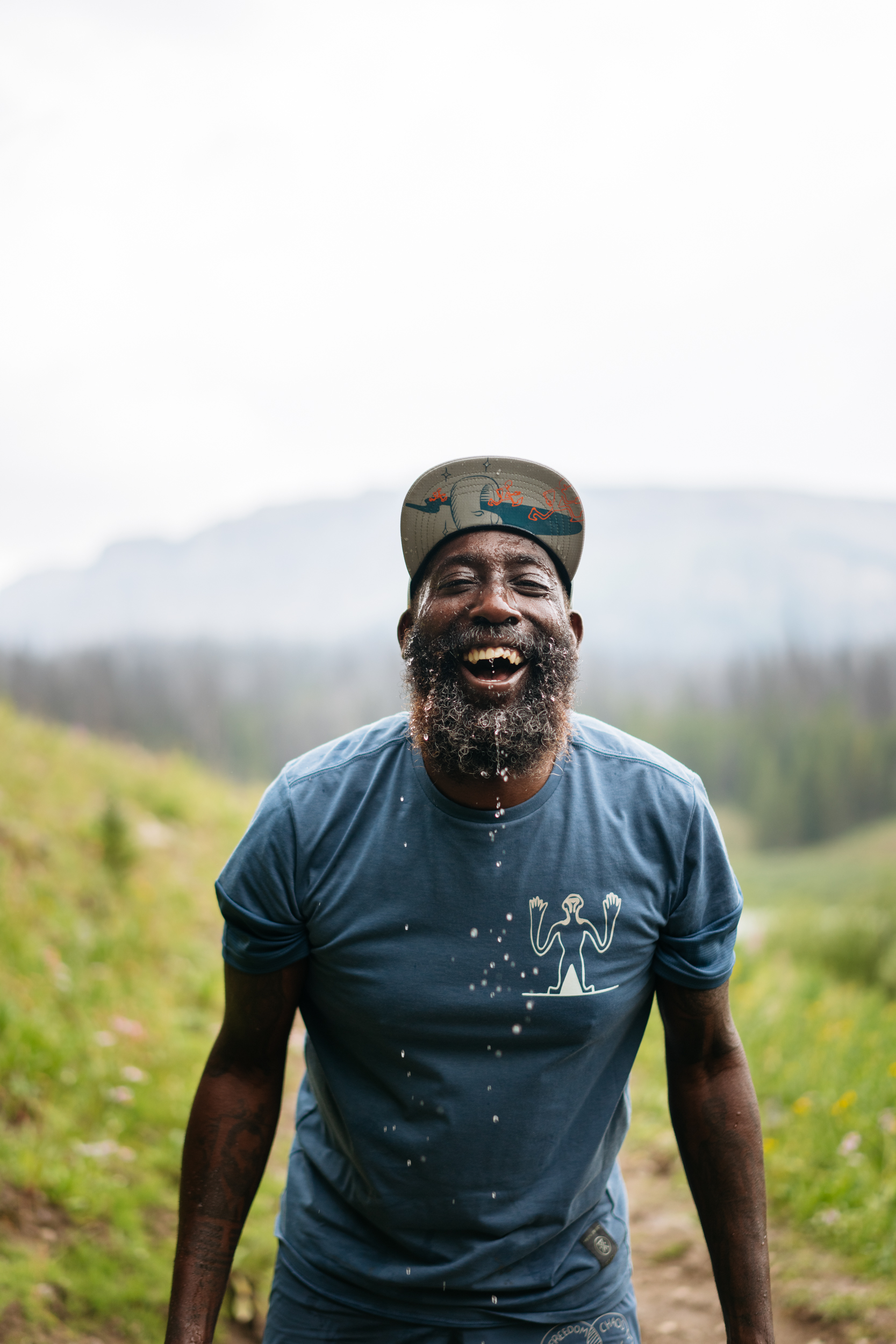 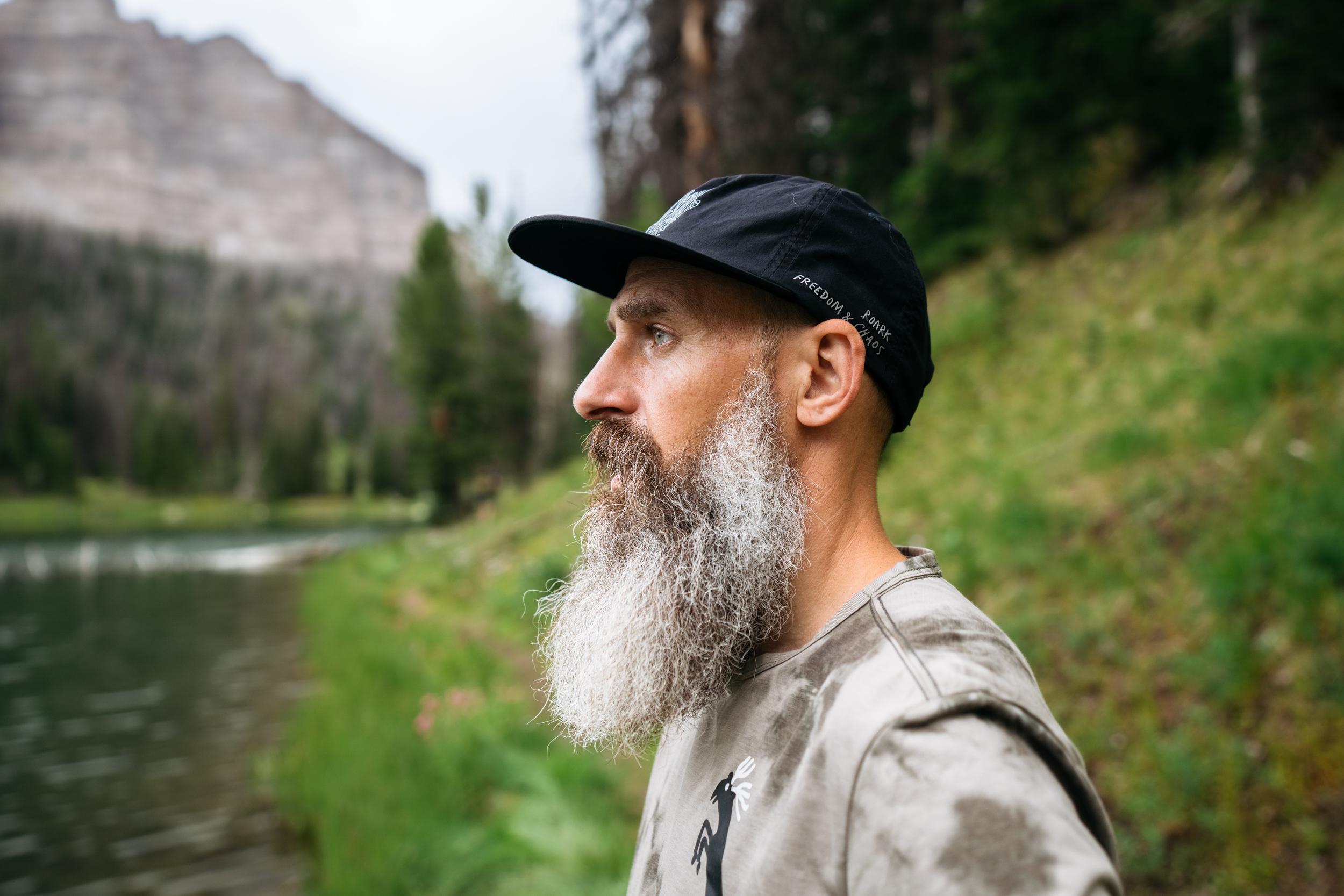 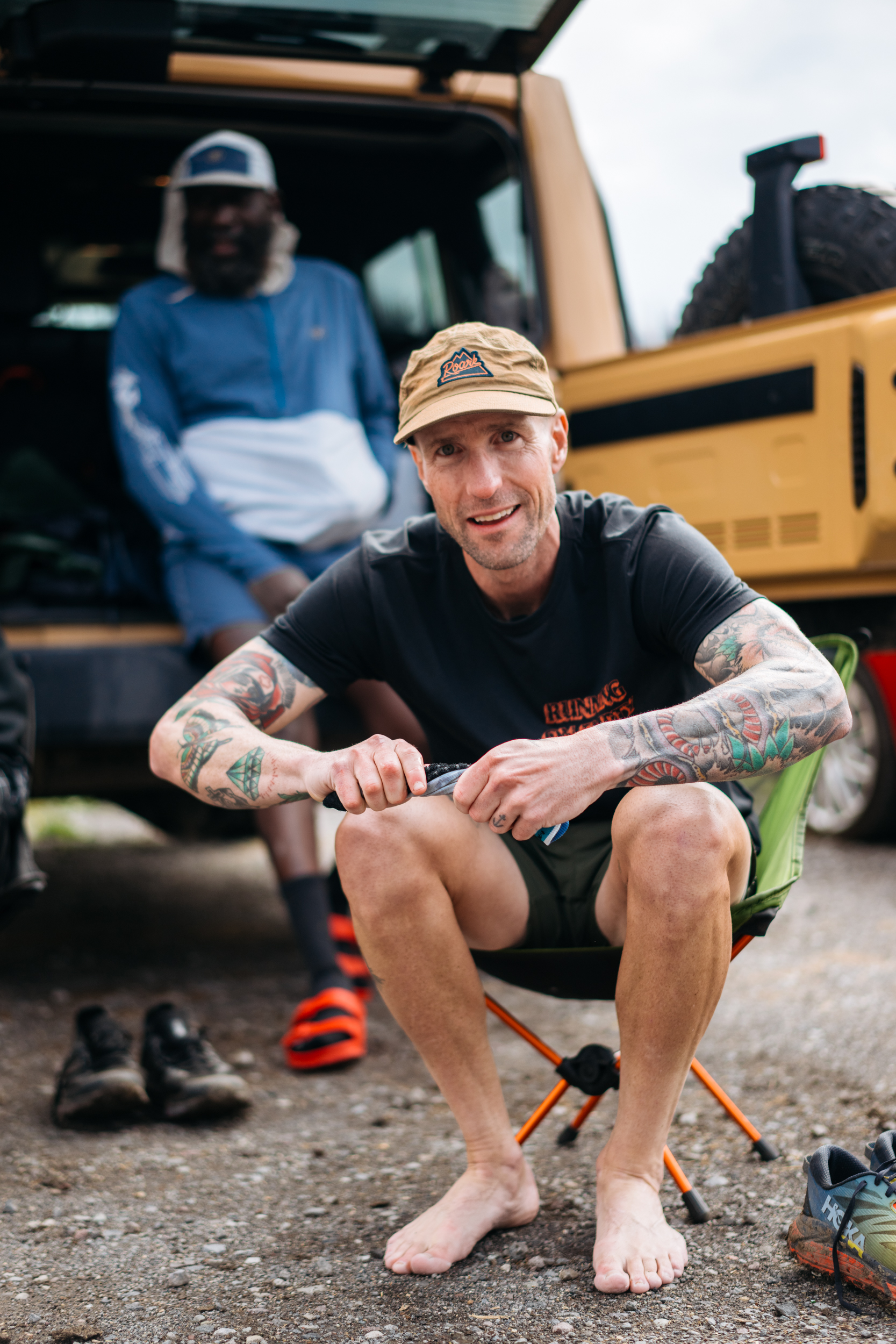 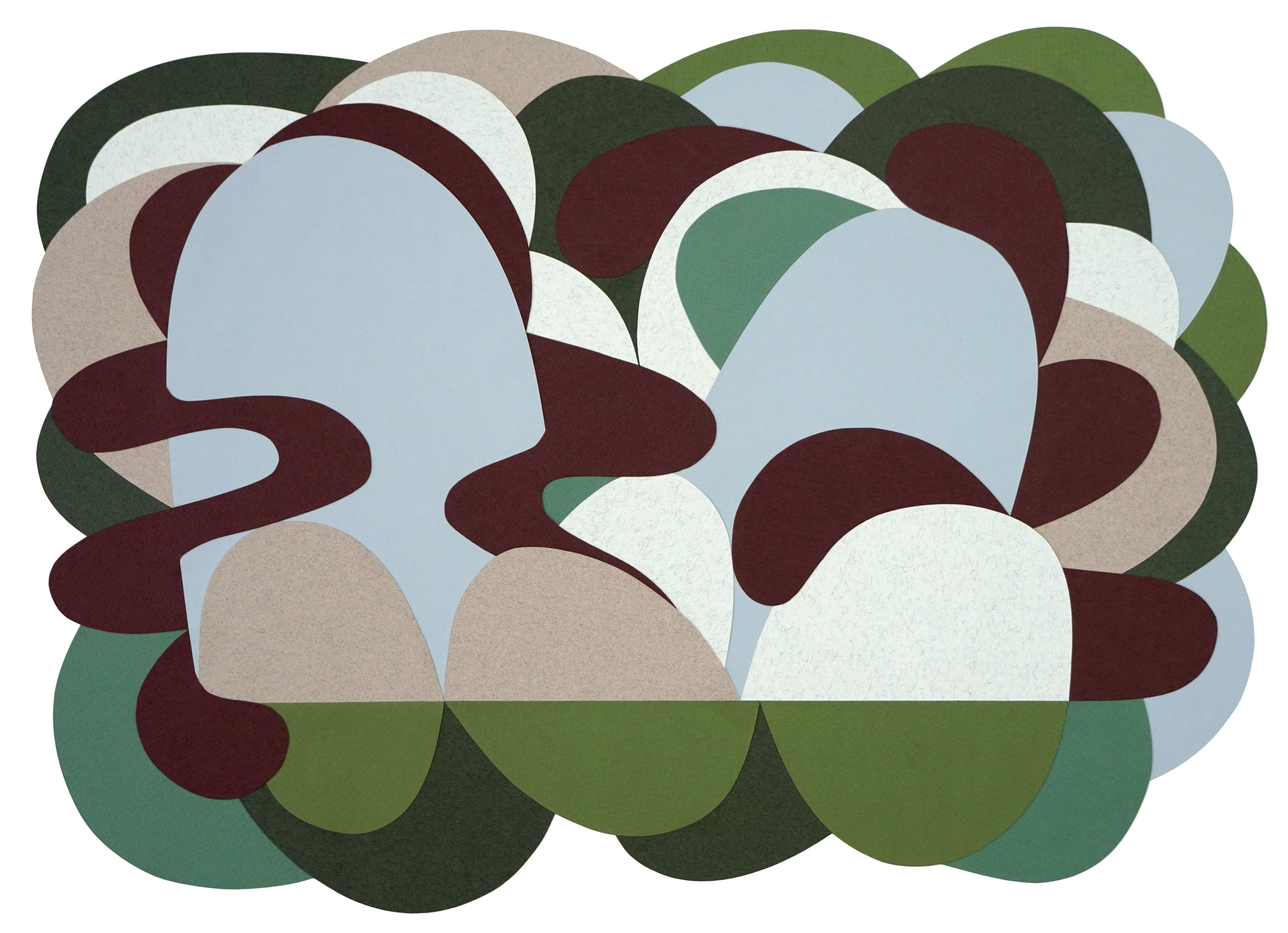 "The Other Side" By Travis Weller 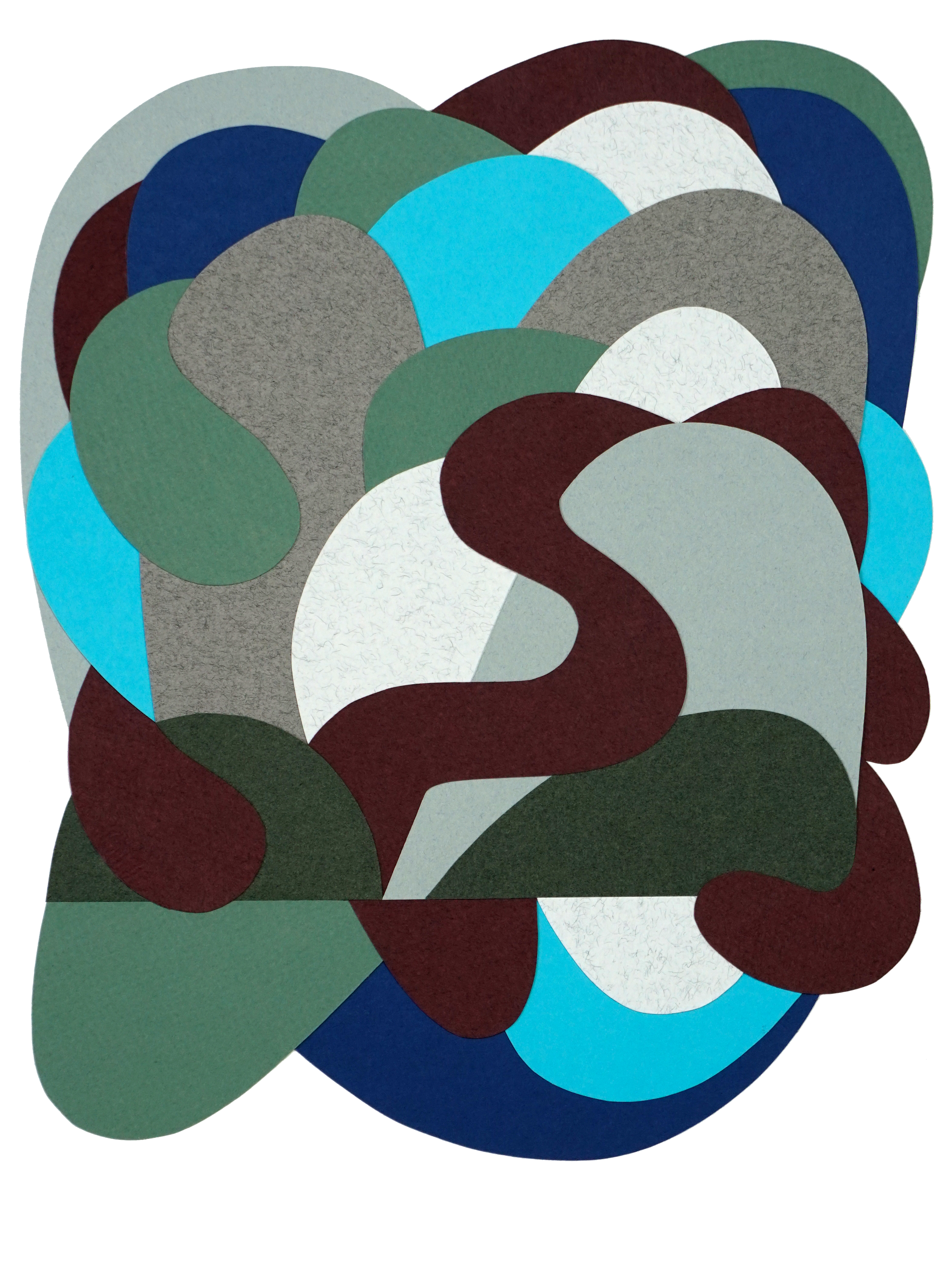 "Summer or Winter" by Travis Weller

Fresh air. Spacious Thoughts. Energies connected and intertwined through silence and nature’s heartbeat. Running on the sacred lands of the Shoshoni, Crow, Blackfeet and Groz Ventre tribes. The feeling of running with all these spirits is ever prevailing in the air I am breathing. To run with my friends through the dirt and mud brings a feeling of youthfulness and vibrancy that is sometimes lost in adulthood. The Joy The Freedom The Liberation The time to play and feel alive... These are the things that keep me coming back to the wilderness. These are the things that keep me strong and brave on land that I stand on. —Hakim Tafari