We'll email you as soon as this item becomes available in your size.

CONTINUE SHOPPING
The email address you entered is invalid
Close

Back in stock requests are not guaranteed.
Unfulfilled requests will be cancelled after 6 weeks.

An unconventional photographic guidebook to adventure, featuring images, intel, itineraries, tales, and testimonies collected by Roark’s expert guides. The limited edition, hand numbered book documents the routes of a group of iconic surfers, climbers, skaters, and other adventurers seeking full cultural and thrill-seeking immersion. Including journeys to 16 global destinations illustrating the road less traveled, from surf expeditions to Iceland, the Falkland Islands, or Jamaica, to motorcycle journeys through Nepal, rock climbing in Argentina to cliff jumping in Northern Vietnam, and more. World-renowned photographers Chris Burkard, Dylan Gordon, Jeff Johnson, Drew Smith, and Chris McPherson uniquely capture faraway images and the wayward spirit of those that seek adventure—if not a little danger—in an increasingly tame world. The modern bible for anyone interested in charting an adventure with improbable itineraries across the globe, or the mere appreciation for photography that transports you to a place only found in dreams. 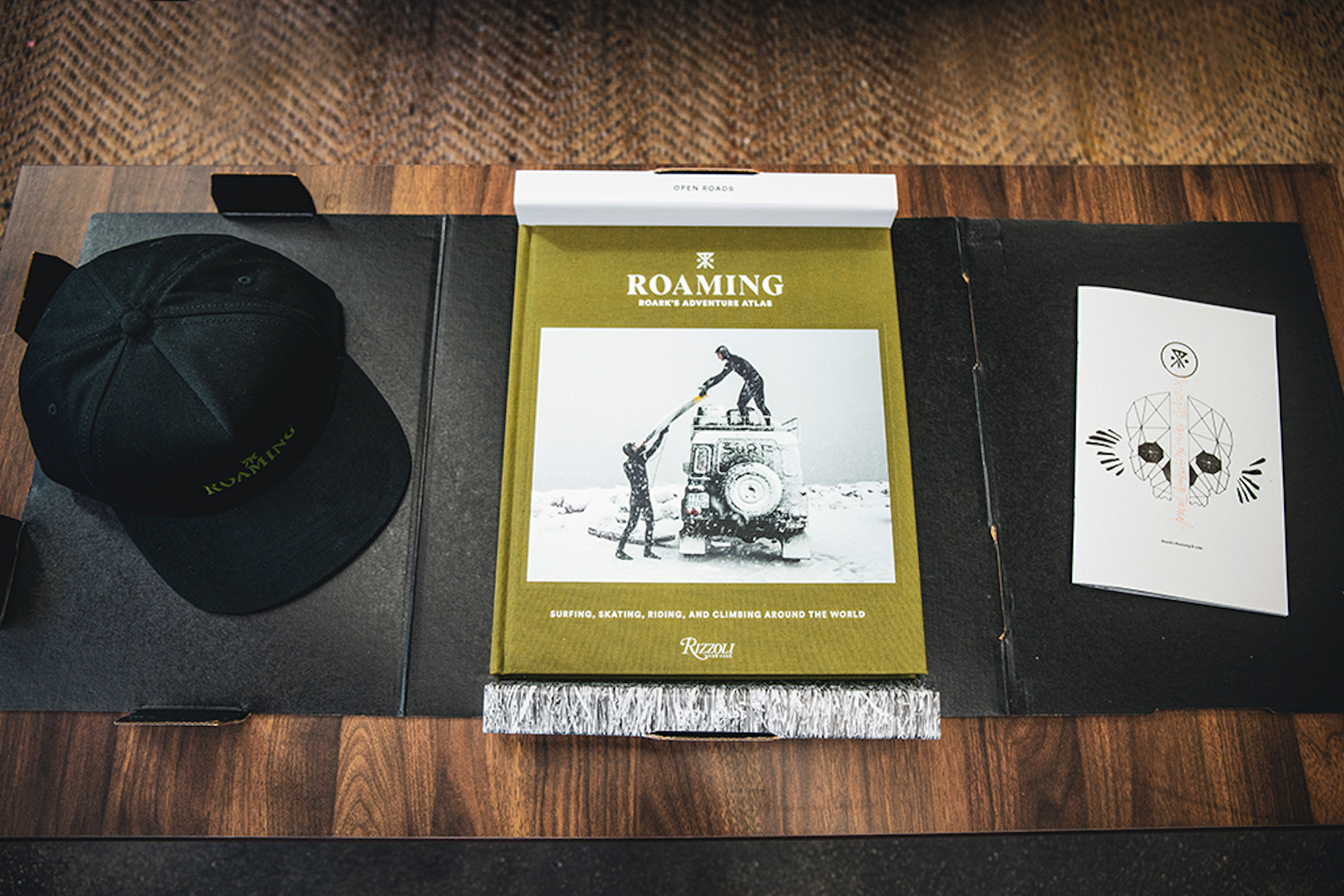 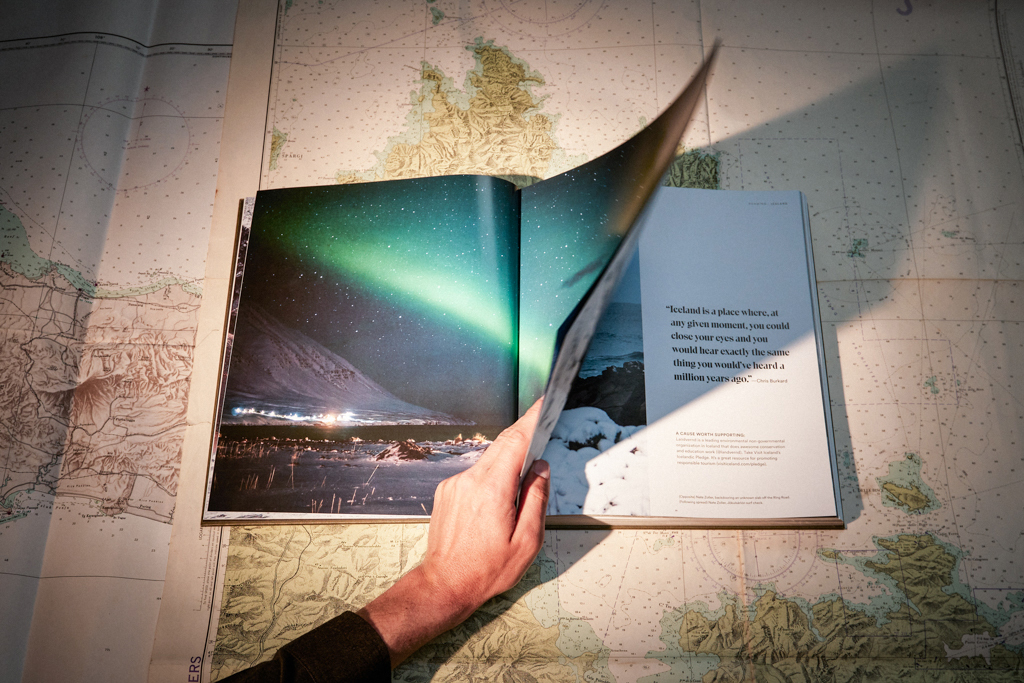 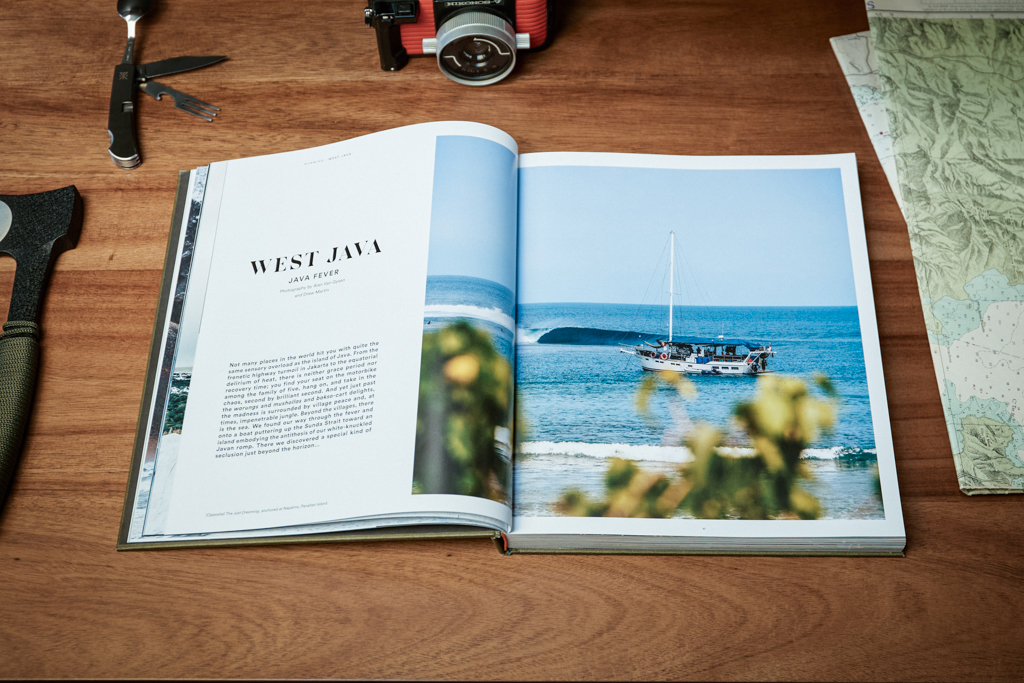 Limited To 1000 Copies
Hand Numbered
Linen Bound
Custom Screened Box Housing
Exclusive Embroidered Roaming Cap
Limited Edition Zine
Roark is a modern adventure lifestyle brand crafting apparel inspired by the journey. Founded by Ryan Hitzel and Ryan Sirianni, each season Roark is found in a different part of the world, telling stories of exploration through the lens of its group of surfers, skateboarders, snowboarders, climbers, adventurers, and creators. Beau Flemister is an award-winning journalist, travel writer, and novelist. Based in Hawaii, he is a former editor at Surfing Magazine, has traveled to over 70 different countries, and has published articles in VICE, Outside Magazine, Lonely Planet, Surfer’s Journal, and more.